Is Chuck Norris for Real?

For the A-Z Blog challenge, I will be addressing some of life's big questions.
Perhaps together we can find the answers to many heretofore unsolvable mysteries. 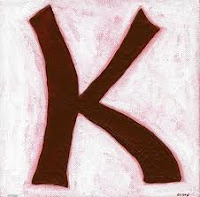 is for Karate
I didn't used to think karate was cool. But now that I have a son who is a second degree black belt, I've changed my mind. Karate has been amazing for him. 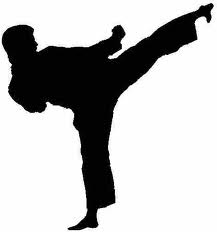 This leads to my real question for today: What is up with Chuck Norris?

Why is he suddenly so popular and cool? Has he always been the most awesome man in the universe and I just wasn't paying attention? 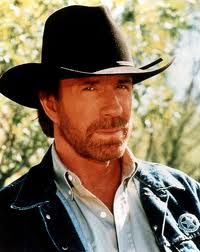 Don't get me wrong. I love a good Chuck Norris joke as much as anyone. I'm simply trying to understand how it all got started. Who can explain to me the sudden Chuck Norris revival?

When Alexander Bell invented the telephone he had 3 missed calls from Chuck Norris.

Ghosts sit around the campfire and tell Chuck Norris stories.

Chuck Norris can cut through a hot knife with butter.

Chuck Norris doesn't flush the toilet, he scares the crap out of it.