What Is the Inciting Incident?

As I've been doing various research for presentations on how to write a first chapter, I'm finding a lot of confusion about the term Inciting Incident.

So, because I want to, let's discuss terminology. I'm not saying that I'm the final source of truth in this--we've all heard it different ways--I'm just going to say what I've found in my research to be the most common use of the term.

Inciting Incident: This is the event that makes this day (where your story begins) different than any other day. The event that changes your MC's life, even though they may not know it yet.

Key Event: This is when the MC begins to actively participate by making a choice that thrusts him/her into the action. When the MC becomes engaged in the story, usually because of the inciting incident.

The key event is often called the inciting incident, along with various other names. This is why there is so much confusion.

Quick movie reference: Tangled, key event is when Rapunzel decides to leave the tower and forces Flynn to help her.

Can the inciting incident and key event be the same? Yes, occasionally they can.

Does it really matter what term I use for them? No, but it's important to understand that both are an important part of story telling.

Hooray for a new year and a new book!

Here is the awesome cover for UNRAVELED coming in February. I'm so excited. 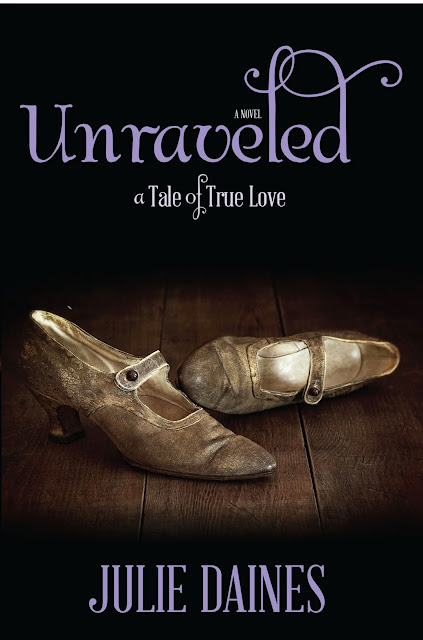 When sickness swept through Bronwen’s family, it took the life of her father, brother, and sister, and left her permanently crippled. On the stormy eve of her sixteenth birthday, a faerie-witch gifts her a pair of enchanted shoes. Bronwen slips them on and is healed--but only when the shoes are on her feet. Her grace and beauty catches the eye of the king’s son--Urien, a handsome young man who prides himself on having everything perfect.
When Rhys, an old acquaintance and Captain of the Guard, recognizes Bronwen, he threatens to tell Urien her secret. Desperate to keep her deformity hidden and not to lose the love of handsome Urien, Bronwen quickly finds herself tangled in a web of lies and deceit. But there's even a bigger problem--she can't wear the shoes forever.

Head on over to Goodreads and mark it to read. Thanks!!