“A Blind Eye is unique and unexpected. It is fast paced and angular, leading readers down emotional and thrilling paths.” -Melissa DeMoux, Deseret News

Some people are born blind.
For some, tragedy leaves them blind.
And then there are those who simply refuse to see.
This is a story about all three.

Seventeen-year-old Christian Morris decides the only way to save himself from his father's neglect is to run away from home. On his way out of town, he finds a stowaway hiding in his car—Scarlett, who has been kidnapped from London. Blind since birth, Scarlett has developed a sixth sense: she dreams about someone’s death before it happens. And now, she has dreamed about her own.

Christian’s attempt to leave home turns into a race to save Scarlett from death by scientific experimentation. His growing relationship with the girl helps him to look past his own blindness and confront the truth about his father. But first, he must find the kidnappers before they can get to Scarlett. 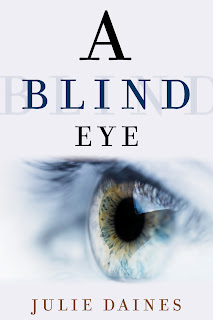