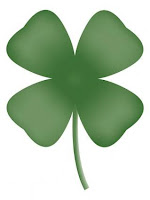 After a crazy night of voting, we have a winner!

Congratulations!!!
Don't forget to come back and play again next year.

Thanks a million to everyone who entered!

Here they are: Update** I added the names of the books.

#1 (Carrie)
I'll think of something, I will!
Just don't my mama you tell.
She thought I was a spawn
And satan's hideous pawn
All because I sent my friends to a fiery, um, outer darkness.

#2 (original novel)
Dear Agent, I have a cool story,
Sometimes scary and a little bit gory.
This kid meets some Vikings
(could this be to your liking?)
And together they seek fame and glory.

#3 (The Hunger Games)
A fight to the death it must be
For the tributes to gain victory.
Only one can survive
So what a surprise
When both of them won, yippee!

#4 (original novel)
A boy's on the coast with his auntie,
Who keeps him out back in a shanty.
He must find--with his tutor,
And a mouse (what is cuter?)--
A lost will. Can he do it or can't he?

#5 (Gone with the Wind)
Her mammy was all in a dither,
She wouldn't eat a bite of her dinner.
She didn't want to burp,
On Ashley (that jerk!)
And end up an old Southern Spinster.

#6 (Origami Yoda, written by my 10 year old daughter)
I love Origami Yoda
I think he drinks soda
Origami Yoda can tell the future
It's not normal nature
I like reading it on the sofa.

#7 (original novel, sort of)
The police looked far and wide
For the person that could hide
But they could not find
And were in a bind
As the killer laughed from the side

#9 (Narcissus)
Narcissus’ heart was in pain
In love with himself again
He could not look away
Until his dying day
And thus the demise of the vain!

#10 (Cloudy with a Chance of Meatballs)
There’s a place where it rained from the sky
Spaghetti, French toast and pie!
The town was aflutter
‘Till a large mold of butter
Flattened them straight as a tie.

#11 (Twilight Saga)
The writing was mediocre and dry
Still Bella and Edward were fly
Until they had a baby
And it got so dumb crazy
All its readers just wanted to die.

#13 (The Odyssey)
Odysseus took off for Troy
Leaving his wife and his boy
Took twenty years to get back
His wife's suitors to hack
Yes, this tale's just loaded with joy.

#14 (Moby Dick)
Dear Agent, please read my tale,
'Bout a guy who was called Ishmael
Sailing on the Pequod
Ahab's leg had been gnawed
So he's seeking revenge on that whale


Voting is closed. We received 40 votes.


All those not labeled original novel are from well known stories. Can you name them? Feel free to add your own limerick to the comments.

Don't forget to come back and play again next year!
Posted by Julie Daines at 12:01 AM